You go to see a new horror movie. It is filled with young ladies in peril, and then in various states of undress (still in peril), and then in various states of dissection (still in undress). The camera fawns over their destroyed bodies. The one who entered the movie broken gets to live. It’s the reward for her suffering. You come home disappointed. “Well, I could have told you it was going to be like that,” your male roommate says. “If there’s a half-naked girl in the trailer, you know the movie’s going to be rapey.”

You are an ambassador of your gender, so you better be good: in your writing, in your attitude, in your openness to overture. Someone generous is taking a chance on you, so don’t disappoint, or you’re the last lady horror writer they will ever try. Don’t scare them off.

Women in Horror month comes around and everybody’s a statistician. Editors lay bare their numbers, and many outlets’ submission data does show that women submit fiction less than men, a fact duly blamed on the female writers for not submitting enough. Not being brave. Of course, you as a woman have never applied for a job for which you feel underqualified, and you have never negotiated a raise. In your current workplace, you don’t engage in as much self-promotion as your male peers. This isn’t just because you’re trying to be nice. You know that a good girl follows the rules and waits her turn and doesn’t push her luck, or herself, onto others. After all, you wouldn’t want to come across as too abrasive. You also notice that some of these outlets only ever seem to publish men, so no wonder you wouldn’t have submitted there. You know when you’re not wanted. 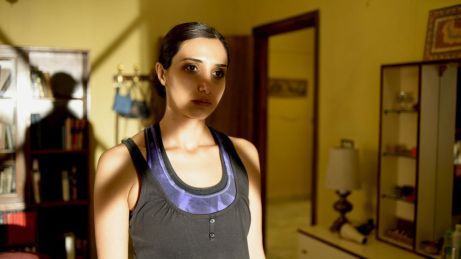 Women in Horror Month is here and it’s a giant popularity contest, even more than writing already is: let’s-name-all-the-female-horror-writers-we-can-possibly-name! You don’t look at the lists, because you know you’re still not on them, and that worm of self-doubt that lives inside your brain doesn’t need any more to chew on (why do you even try?), thank you. Then you feel bad and jealous, and bad because you feel jealous. You re-read the manifesto, “In Which We Teach You How To Be A Woman In Any Boys’ Club,” and remember that progress for one is progress for all. Besides, you feel shitty about promoting yourself anyway – how dare you, who the fuck are you? Then you feel shitty about not promoting yourself – you’re a dumb ass and you deserve everything you get.

You go to see another new horror movie, a sequel to one of your all-time favorites. You anticipate that it will be terrible, and it is. It has also introduced a brand new rape-and-captivity subplot to explain the origin of all the evil. It’s our punishment for her suffering. The fact that this movie was made is punishment enough. You wonder what it is with blind old recluses and rape these days. The young female lead rests on her side in bed, her breasts lovingly pressed together by her tight white camisole.

When you were young, you couldn’t count any women among your favorite writers. You can’t understand any of the female characters you read as humans, let alone as women. The boys in your American Literature class chortle about them, about how their male creators defined them solely by their “easy” sexuality. Your favorite writer in high school admitted that he never writes female characters, because he knows he would be bad at it. He’s kind of right. But you are also bad at it, and you are a girl! Your best friend, another girl, tells you after reading your novel draft, “Either you have a serious problem with women, or I do.” And you know it’s you. You were raised on classical British literature and you love big heroic adventure arcs (like paladins, more paladins please) and what’s more, you hate yourself. Then you read The Bell Jar, and that changes everything. Then you read The Haunting of Hill House, and that changes everything again. 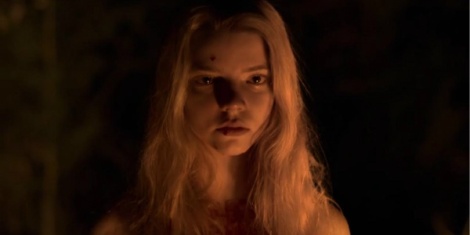 Congratulations – you have helped fill an anthology’s diversity quota. Collect $200. You hope your story doesn’t convince somebody never to read another lady horror writer.

You and your roommate have seen a lot of horror movies: bad ones, good ones, so-bad-they’re-good ones. You have also noticed that you have never seen male rape depicted in a straight-up genre horror movie. “That would be the worst thing,” your roommate says, shuddering. “As a guy? That would be the most terrifying thing to watch.” You reply, flatly, “Yeah, well, that’s how it is for women, all the time. And we just have to deal. We just have to get used to it.” On-screen, some anonymous woman is crying and afraid.

An anthology you are in is accused of reverse discrimination because it is populated solely by female writers. It is accused of having a political agenda (because reinforcing the status quo is never political; only disrupting it): promoting shoddy women over competent men. Other people launch defenses: you have to over-correct to break structural inequality; many anthologies are essentially male-only because no female writers were chosen or submitted to be chosen; it’s important for our society to make sure marginalized voices are heard and the male voice permeates SF/F/H as it is. Meanwhile, you are hit with a soft psychosomatic blow to the stomach. Oh no. What if you are actually shit?

You attend a Superbowl watch party with about 50 other people. When they air the trailer for the next season of Stranger Things, everyone cheers loudly. You are much more subdued. Your coworker leans over and confesses he has yet to watch this show. You say, “Yeah, it’s good. I’m not as enthusiastic about it as most of these guys, because…” “Because you’re a writer,” he guesses. “…Because I didn’t like how it treated its female characters,” you finish. “Like I said,” he says, laughing. “Because you’re a writer.”

You are lucky. You were supported, by both men and women with more clout and experience and influence and power than you. You try to believe in yourself enough to trust that this support had nothing to do with quotas, nothing to do with anything except your writing. You believe, as good girls always do, that SF/F/H is generally meritocratic – certainly more so than your day job, anyway.

You have been published since you were 21, and you still feel like an interloper who wouldn’t fit in and wouldn’t have anything intelligent to say. So you are still, mostly, quiet. You find it amazing how confident men are in talking about their work (young men, old men, much-younger-than-you men), how confident they are in talking to older and more established writers, how easy it must be for them to see themselves in their idols. How nice it must be, you think, to feel like the place at the table is already set for you.

It’s Women in Horror Month, and you read some article asking Where Are All the Women, Are They Just Not Writing?  And you slowly bash your head against the wall.

Movies Pictured: It Follows; Under The Shadow; The Witch; Darling

← Damaged People
Running Up That Hill →

18 Comments on “Women in Horror Month”